Great bulk recipes to help use all your organic vegetables

A fridge full of organic vegetables purchased or harvested with the best of intentions, and then life gets busy, leaving no time to peel, chop, and cook them all. It happens to the best of us. Fortunately, those veggies don’t have to meet their end in the fridge. Take one night a week and make a dish using all the veggies in your fridge. Leave no veggie behind! You can even freeze the leftovers for later! 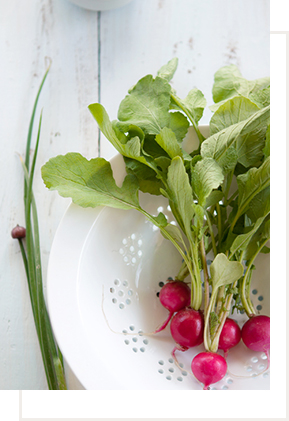 Traditional spaghetti only uses a few vegetables, but you can jam-pack tons of vegetables in a good, homemade spaghetti sauce. You can use spinach, carrots, celery, and anything else sitting in your fridge. Start by sautéing onions and garlic with any hard vegetables that take a long time to cook, such as carrots, beets, and celery. When they’re soft add canned or fresh tomatoes and leafy green veggies, such as kale, chard, or spinach, and seasonings. Let the sauce cook for an hour or up to six hours. The longer it cooks, the better the flavor develops. If you’re throwing in zucchini or summer squash, toss it in for the last five to ten minutes so it doesn’t overcook.
Spaghetti squash is a great substitute for pasta. Poke it all over with a fork and put it in a baking dish. Bake it at 350 degrees Fahrenheit for one hour, or until the skin gives a little when pressed gently. Let it cool, then cut it in half and remove the seeds. Scrape along the sides of the squash with the tines of a fork to release the “noodles.”

Roasting veggies brings out their best flavor. Chop your veggies into roughly the same size pieces, then toss with a small amount of olive oil or melted coconut oil and your choice of seasonings.

Use a baking dish large enough to spread the veggies in one layer, if possible. Roast at 350 degrees Fahrenheit for 20 minutes, then give them a toss.

Check every 10 to 20 minutes after that by poking the hardest veggies with a fork or toothpick.

Trim the ends off each zucchini or summer squash, then carefully scoop out the middles, leaving a 1/2-inch shell. Chop the zucchini innards and sauté them over medium heat with other veggies and ground meat, if desired. Spoon the mix into the zucchini shells and, if desired, top with shredded cheese or cheese substitute. Place the filled “boats” on a greased or lined baking sheet and bake at 350 degrees Fahrenheit for 25 to 30 minutes or until the zucchini is tender.

These recipes are fantastic ways to use a fridge full of organic vegetables before they spoil, especially because measurements really aren’t required. Use as many or as few vegetables as you need, and freeze the leftovers for later.

Great bulk recipes to help use all your organic vegetables was last modified: August 9th, 2016 by Eczane Group
green natural organic store
Share this post
How can salmon be raised organically in fish farms?
How to steam & purée your sugar pie pumkin

error: Content is protected !!
Select the fields to be shown. Others will be hidden. Drag and drop to rearrange the order.
Compare
Wishlist 0
Open wishlist page Continue shopping